The location in the city was the main inspiration for the Eldorado Business Tower architectural project, completed in 2007. Located on the grounds of one of São Paulo’s oldest and most traditional shopping malls, Eldorado. The implementation of the project was integrated into the landscape of the Pinheiros River banks. Its striking and imposing architecture was designed by the office Aflalo & Gasperini Architects, and built by Gafisa S.A.

Its proximity to the mall is not only physical, but also projectual, its integration is made by means of a walkway and a suspended square facing the mall and also the sunrise. All of its pavements enjoy open views, since the building rises above the neighboring constructions, consisting of houses, parts of the mall itself and the Jockey Club, across the river.

In 2009 Eldorado obtained LEED® C&S – Platinum, the highest level of Greenbuilding certification by the USGBC (United States Greenbuilding Council). As the first certified venture in this category in all of Latin America, the eighth in the world and the third outside the United States, USGBC’s country of origin.

LEED® C&S Certification (for Core & Shell) – assesses and recognizes sustainable design and on-site technologies and solutions to reduce the environmental impacts of a building, considering the building’s core, all common areas and the facades.

In 2007, the CTE Sustainability Unit initiated the LEED® C&S Certification Consulting services for the project. The consultancy ranged from the analysis of architectural projects, landscaping and building systems, to monitoring the work to minimize environmental impacts and guidance for the supply team.

In all, it took more than 2 years of intensive work to find technologies and solutions that would ensure better performance for the building, at a time when the market was not yet ready to provide specific technical information about its equipment and materials.

At that time, the biggest challenge was to identify the best technologies and educate the industry about the environmental attributes required by certification, something that was not yet integrated into the sourcing teams’ purchasing criteria.

In certain situations, the absence of solutions or information on local products led to the purchase of imported materials and equipment, such as the air conditioning system and the facade glass.

Says Luís Fernando Bueno, former Chief Operating Officer of Gafisa, the company responsible for the development and construction of the Eldorado Business Tower:

“EBT was born with the premise of being one of the most modern in the world and environmentally friendly. This guided all of its conception and work, turning it into a new urban landmark in the city of São Paulo and in the country. The certification is the international recognition not only of the whole team involved, but also of Brazil as a producer of the highest standard technology and sustainability works in the world.”

Among the main results that demonstrate the Eldorado Business Tower’s high environmental performance are: 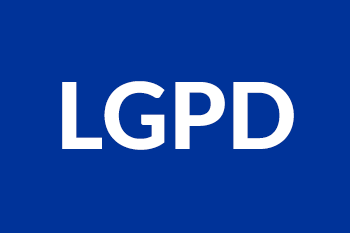